Sometimes the app gives errors while downloading games, and it won’t open. Here are the ways to fix Xbox app not opening in Windows 11.

Xbox remains the central hub for checking out the PC Game Pass library, downloading games, and starting a discussion in the Xbox community. An app not opening on Windows 11 can confuse you because there is no alternative.

This is the first thing you must do. If the Xbox servers are having a rough day, you will have problems with the Xbox app on Windows 11. Xbox provides a page dedicated to checking the status of all services.

Visit the Xbox Status page on the web and see if all Xbox services are working. A green scan indicator confirms an active state.

If your Xbox experiences a service outage, you’ll notice a red block icon next to each service. Wait until Microsoft resolves the issues on their end and try again.

2. Check the date and time on your computer

Wrong date and time settings on your computer can cause problems with default apps, including Xbox.

Step 1: Open the Windows Settings app (use Windows Key + I).

Step 2: Go to Time and Language and open the Date and Time menu

Step 3: Enable the Set time automatically toggle and if it does not detect the time zone correctly, turn off the toggle and select the correct time zone manually.

When you start your computer, the system automatically runs the required Xbox services in the background. You can restart these services and try your luck with the Xbox app again.

Step 1: Press the Windows key and search for Services. Press Enter and open the list of services.

Step 2: Scroll down to Game Services.

Step 4: Scroll down and find Manage Xbox Accessories and Xbox Live Auth Manager. Right click on each item and restart it.

4. Turn off the VPN on the computer

Xbox services such as Xbox Game Pass, PC Game Pass, and Cloud Gaming are limited to only a few regions. You can check detailed Xbox hardware availability from the official Microsoft website .

If you’re using a VPN and connected to a server in the region where Xbox isn’t available, you’ll have problems with the app on Windows.

Open the VPN app on your computer and stop the connection.

Microsoft offers a built-in troubleshooting tool to fix errors in applications installed on your computer. Here is how to use it and fix Xbox not opening on Windows 11.

Step 1: Open the Windows Settings app and go to System.

Step 3: Scroll down and run the Windows Store Apps Troubleshooter.

If your Xbox is still not working properly, you can try to fix it. Application data will not be affected here. Here’s how to fix Xbox on Windows 11.

Step 1: Launch Windows 11 Settings and go to the Applications menu.

Step 2: Select Apps & Features and scroll down to Xbox.

Step 3: Click on the three-dot menu next to Xbox and open the advanced options.

Step 4: Select the Repair button from the Reset menu.

Windows 11 will run the Xbox App Troubleshooting and Repair Tool.

7. Turn on the Xbox when signed in

You have the option to turn on your Xbox when you sign in so you won’t have any problems launching the app.

Step 2: Enable the Xbox App Services toggle under Playlist when signed in.

Instead of reinstalling your Xbox on Windows 11, you can reset it and try to use it again. Be careful while using this option, though. This step will delete all app data.

Microsoft distributes the Xbox app via the Microsoft Store on Windows 11. The company releases new updates frequently to add features and fix bugs.

You may have problems with an outdated Xbox app on your PC.

Launch Microsoft Store and go to the Library menu. Install pending Xbox updates, and you are good to go.

Some users have had problems logging into their Xbox account. You need to enable 2-Step Verification (2FA) for your Microsoft account for a secure sign-in process.

What is the trick that succeeded in solving the problem of not opening the Xbox app in Windows 11? 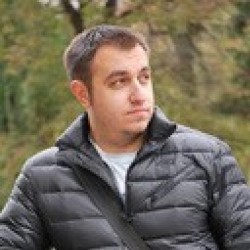